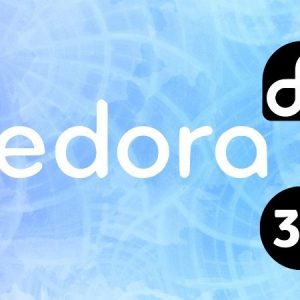 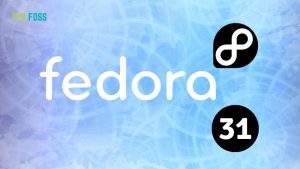 Fedora 31 is now available on all eRacks systems.

Simply select “Fedora 31” in the OS dropdown – if you don’t see it on the system you want, let us know and we’ll see if it’s available / compatible.

FWIW, The performance reviews have been underwhelming:

But for decades, software executives have ignored better/faster in exchange for bloated/slower, with the excuse that since the hardware is faster now, it’s OK :-/ 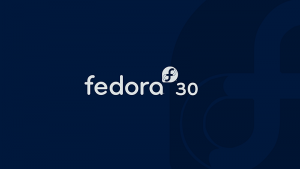 Fedora 30 is now available on all eRacks systems.

Fedora is a community-driven Linux distro that’s sponsored by the open source giant Red Hat. As Fedora is the upstream source of the company’s commercial RHEL distro, it’s also used as a testing ground for RHEL. As Linux enthusiasts might already know, Fedora is known as an innovative Linux distro that doesn’t hesitate when it comes to testing new technologies and helping other distros by making changes upstream for all distros. Shipping with many useful open source software, it’s known for providing a GNOME-based fluid desktop experience.

Fedora community recently released Fedora 30 just after about the 6 months from the version release as Fedora 29. On Fedora magazine they wrote about the early release of Fedora 30.

“It seems like it was just six months ago that we announced Fedora 29, and here we are again. Today, we announce our next operating system release. Even though it went so quickly, a lot has happened in the last half year, and you’ll see the results in Fedora 30.”

Many desktop users love Red Hat’s community Linux Fedora. They have good reason. Fedora is a great Linux desktop. But Fedora’s far more than just a desktop. It comes in three major versions: One for the workstation, another for containers, and still another that works as a server both on your server hardware and on the cloud.

About many changes, “Matthew Miller”, the Fedora Project Leader, explained in a statement:

“Computing scenarios don’t remain static and neither does Fedora. With the updates around Fedora 30, we’re providing an evolving spectrum of operating system editions to better meet diverse IT challenges. From containerized developer workspaces with Flatpak and Silverblue to expanded server and container infrastructure options in Fedora 30 Cloud and Fedora CoreOS, the Fedora Project remains focused on Linux innovation.“ 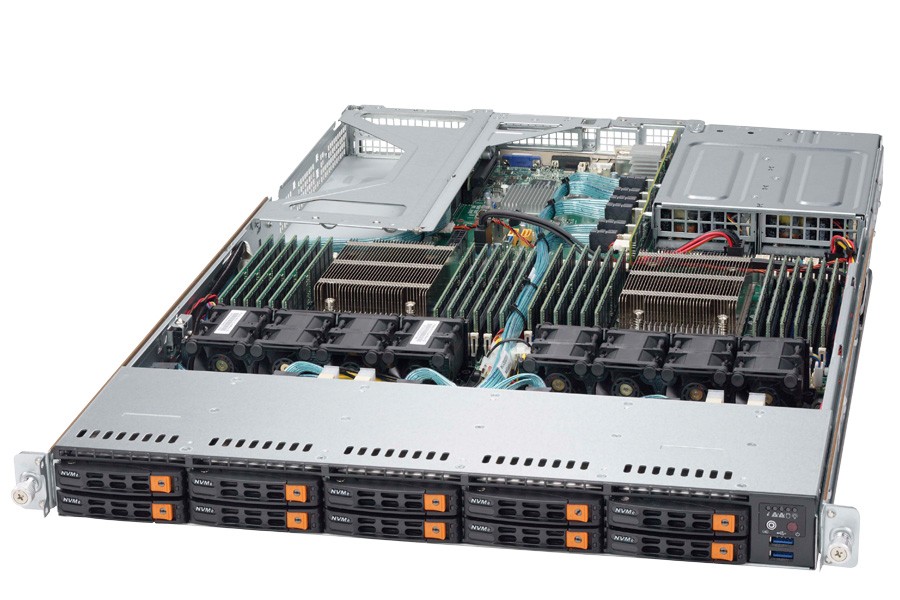 Get your Own eRacks/FLASH10 Server Pre-configured with With Fedora 30 Server or Workstation Edition.

The biggest change in Fedora 30 is the new GNOME 3.32 desktop environment. Over the course of past few releases, GNOME desktop has made many changes to reduce its memory consumption; GNOME 3.32 takes things further and makes things more fluid and snappier by making enhancements in the core GNOME libraries.

Talking about different packages that are included in the distro, you get the latest GCC 9, PHP 7.3, Bash 5.0, Ruby 2.6, and other apps.

This release is powered by the latest Linux 5.0, which brings better hardware support and display performance. You also get new features like support for energy-aware scheduling, Btrfs swap file, AMDGPU FreeSync, etc.

With the Fedora 30 release, the cloud and server releases are being combined into the Fedora Server Edition. Also, Fedora CoreOS is replacing Fedora Atomic Host as the container-focused offering. There are other variants as well, including Fedora Spins and Labs.

Fedora Workstation now uses the “flicker-free boot” system, so the display does not turn on and off during the boot process.

You can also now run the Fedora desktop as a containerized desktop, Fedora Silverblue, with rpm-ostree at its heart. This replaces the traditional RPM package management with atomic upgrade/rollback. In this model, Fedora provides ready-made base operating system image. When you install a program, using either rpm-ostree or Flatpak, it creates essentially a restore point. These are then tracked, and if something goes wrong, you can reset to your restore point with minimal harm done.

Fedora 30, released April 30, 2019, has the following new and improved features:

The product definitions for Fedora’s “Editions” have been revamped. Fedora Cloud and Fedora Server editions are now a single product, simply called Fedora Server. Fedora Atomic Host has been replaced with Fedora CoreOS, in the wake of Red Hat’s acquisition of that container-based Linux distribution. Fedora Workstation remains mostly the same.

Fedora Server now supports Linux System Roles, created by Ansible to provide consistent ways to configure common Linux subsystems such as the network, the email system (Postfix), SELinux, and a few others. The list of roles is constantly being expanded.

Almost all Python 2 packages have been removed from the system, as part of Fedora’s switch from Python 2 to Python 3.

MongoDB has been removed from Fedora, as its licensing (the Server-Side Public License v1) is not believed to be compatible with other free software licenses.

Support for many deprecated cryptography standards is being removed: DES, 3DES, CRC32, and MD4. RC4 and MD5 are being marked as deprecated.

As with each edition of Fedora, many individual software components have been upgraded:

To upgrade your existing Fedora 29 installation to Fedora 30, you need to run the following commands in terminal one by one:

If you feel like doing so, do give it a try or ask for the help from eRacks Systems’ experts.

Fedora (formerly Fedora Core) is a Unix-like operating system based on the Linux kernel and GNU programs (a Linux distribution), developed by the community-supported Fedora Project and sponsored by the Red Hat company. Fedora contains software distributed under various free and open-source licenses and aims to be on the leading edge of such technologies. Fedora is the upstream source of the commercial Red Hat Enterprise Linux distribution.

Since the release of Fedora 21, three different editions are available: Workstation, focused on the personal computer, Server and Cloud for servers, and Atomic being the edition meant for cloud computing. As released on July, 11, 2017 they introduced Fedora 26!

Fedora 26 has arrived with thousands of improvements to development tools, partitioning tools, better caching of user and group information, better debugging, an improved DNF package manager, and so much more.

Let’s see some of many upgraded System Requirements & features, those are new Fedora 26 offering.

Fedora 26 provides software to suit a wide variety of applications. The storage, memory and processing requirements vary depending on usage. For example, a high traffic database server requires much more memory and storage than a business desktop, which in turn has higher requirements than a single-purpose virtual machine. Your requirements may differ, and most applications will benefit from more than the minimum resources.

Fedora 26 recommended minimum System Configuration for the default installation are as follows:

Fedora 26 can be installed and used on systems with limited resources. Text, VNC, or kickstart installations are advised over graphical installation for systems with very low memory. Larger package sets require more memory during installation, so users with less than 768MB of system memory may have better results preforming a minimal install and adding to it afterward.

For best results on systems with less than 1GB of memory, one should use the DVD installation image. Fedora also give us some guidelines for it’s best practices and performances. 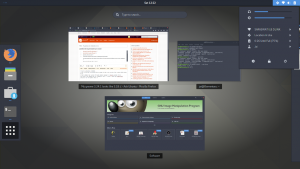 Newest version of the GNOME desktop now has a Natural Light Filter feature that changes display’s color temperature. It works based on the time of day and helps prevent sleeplessness and eye strain. Also, there are updates to the Settings panel for online accounts, printers, and users. The notifications area sports a cleaner, simpler layout, with integrated weather information.

For developers, Builder now features improved support for systems like Flatpak, CMake, Meson, and Rust. It also integrates Valgrind to help profile your project. There are numerous other improvements, which you can find in the GNOME 3.24 release notes.

The latest version of the popular office suite features many changes. It includes a preview of the experimental new NotebookBar UI. There’s also a new internal text layout engine to ensure consistent text layout on all platforms.

The new version of the Fedora Media Writer can create bootable SD cards with Fedora for ARM devices such as Raspberry Pi. It also features better support for Windows 7 and screenshot handling. The utility also notifies you when a new release of Fedora is available.

The Adwaita theme contains many improvements and looks closer to its GTK counterpart than ever. There are also two variants ported to Qt, dark and high contrast. If you switch to dark or high contrast Adwaita, your Qt apps will switch as well.

Matthew Miller, Fedora Project Leader, wrote in a Fedora Magazine post about Fedora 26. As he wrote “First, of course, we have thousands of improvements from the various upstream software we integrate, including new development tools like GCC 7, Golang 1.8, and Python 3.6. We’ve added a new partitioning tool to Anaconda (the Fedora installer) — the existing workflow is great for non-experts, but this option will be appreciated by enthusiasts and sysadmins who like to build up their storage scheme from basic building blocks. F26 also has many under-the-hood improvements, like better caching of user and group info and better handling of debug information. And the DNF package manager is at a new major version (2.5), bringing many new features. Really, there’s new stuff everywhere — read more in the release notes.”

Among the current Fedora users, most of may wish to go straight for the clean install—which makes perfect sense and always winds up with a reliable and stable instance.

As with release of latest version of Fedora, we offer latest Fedora 26 with our systems as pre-configured according to your custom quote…

With the recent release of Fedora 23, eRacks now offers this new operating system on servers, desktops, and laptops. Just select it from the drop-down menu when customizing your computer.

With the recent release of Fedora 22, eRacks now offers this new operating system on servers, desktops, and laptops. Just select it from the drop-down menu when customizing your computer.

The latest release from the Fedora Project, Fedora 20, is now available on all eRacks systems.

eRacks today announced the latest installation of Fedora Project, Fedora 20 which is now in the OS dropdowns on all their systems.

eRacks was founded by system architects and network design consultants who over the last twenty-five years have had first-hand experience setting up enterprise-level computing infrastructures. eRacks’ founders decided to leverage their expertise by designing ready-to-run systems, saving customers money, configuration time, and frustration. eRacks Systems, founded in 1999, has locations in Fremont and Los Gatos CA.