Linux Mint is undoubtedly one of the best beginner-friendly and tough competitors of the most famous Ubuntu Linux. One of the reasons can be credited to its upstream codebase. Since Linux Mint is an Ubuntu-based distro, it uses the codebase of the latest Ubuntu long term support version.

After ending 2019 with the release of Linux Mint 19.3, the Linux Mint team is ready to roll out its first version with long-term support in 2020. As already revealed in their monthly blog, the upcoming Linux Mint 20 will be based on the next Ubuntu 20.4 LTS. So, in this article, I’m going to discuss everything about the new changes and release date of Mint 20.

Most of the Linux distros follow a particular pattern to give a codename for each version — for instance, Ubuntu uses a two-word adjective and animal name. Likewise, Linux Mint titles every release a female codename alphabetically. Therefore, starting with the Mint 1 “Ada” and the latest Mint 19.3 “Tricia,” and this is Linux Mint 20, codename Ulyana.

Linux Mint 20 is a long-term support release which will be supported until 2025. It comes with updated software and brings refinements and many new features to make your desktop experience more comfortable.

Frequency modification of monitors is a long-sought demand by the Mint community. Consequently, Mint 20 now includes monitor frequency adjustment. This means you will be able to choose the frequency in the Cinnamon 4.6 display settings.

Linux Mint 20 ships the Cinnamon 4.6 desktop environment that introduces fractional scaling. Hence, instead of either 100% (normal mode) or 200% (HiDPI mode) scaling for all monitors, you can now configure the scale value between 100% and 200% for each monitor independently. If you use high-resolution displays, it’ll be a big relief for you to have a better scaling option.

The NVIDIA Prime applet now shows your GPU renderer and you can select which card to switch to straight from its menu. 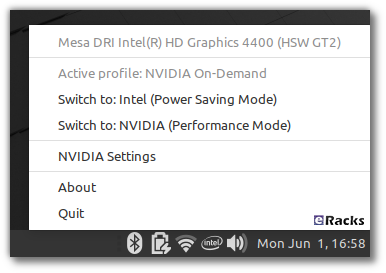 The NVIDIA “On-Demand” profile is also now fully supported. When you run in that mode, it is your Intel card which renders the session and a menu option is available to let you offload a particular application to your NVIDIA card. 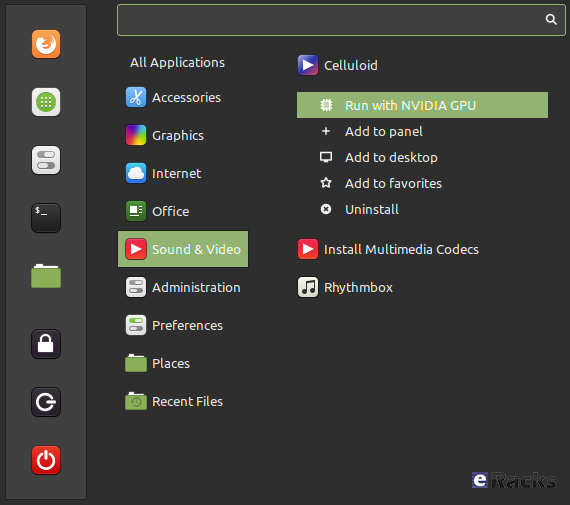 Select an application in the menu, right-click and select “Run with NVIDIA GPU”. It’s that simple.

“Themes” applet is one of the unique features of Linux Mint that allows you to choose or install new themes and icons. In addition to that, Linux Mint 20 introduced two new colors, Pink and Aqua, in the default Mint-Y theme.

Furthermore, the Mint-Y theme now has a brighter color than before. Here’s a comparison of some of the old colors (on the left) with some of the new ones (on the right):

From the command-line, two new commands are available to offload to GLX or to Vulkan:

To boost compatibility and make it easier to boot Linux Mint 20 in live mode without NVIDIA drivers, “nomodeset” was also added to the “Compatibility Mode”.

The star of the show in Linux Mint 20 is a new application called Warpinator.

10 years ago, Linux Mint 6 featured a tool called “Giver” which could share files across the local network. Without any server or configuration, computers would automatically see each other’s and you could simply drag and drop files from one to another. When the Giver project was discontinued it had to be removed from Linux Mint and we’ve been missing that functionality ever since. 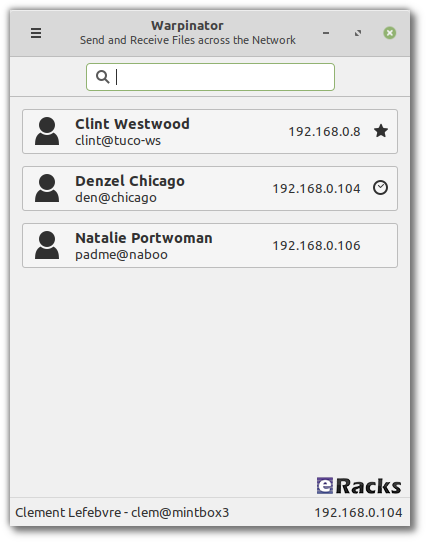 Warpinator is a reimplementation of Giver. Server configuration (FTP, NFS, Samba) is overkill for casual file transfers between two computers, and it’s a real pity to use external media (Internet services, USB sticks, external HDDs) just to share files when there’s a local network which could do just that.

With Warpinator, Linux Mint 20 brings back easy file sharing across the local network.

The main window shows you the computers on the local network which are also running Warpinator: 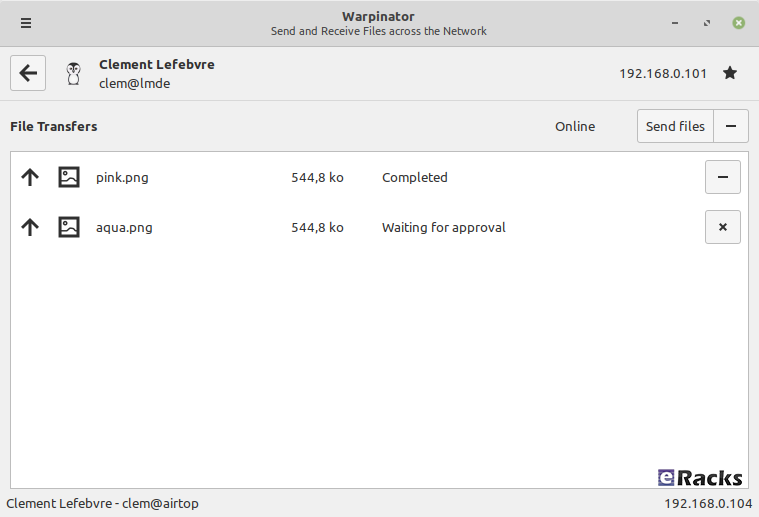 By clicking on a computer, you can see more information about it and exchange files with it:

No more USB sticks or external drive are needed just to send a file.

Other Enhancements In Linux Mint 20

The Mint team has now officially released a new long-term Linux Mint 20 that will be supported until 2025. ISO images of any of the three Cinnamon, MATE, and Xfce edition are available to download from the official download page.

For further details, see Mint’s Snap documentation. You can read more on Mint’s arguments against Snap, and Ubuntu’s attempt to make peace with Mint and decide for yourself if you want to use Snap on Mint.

Of course, the usual selection of Linux desktop programs come ready to run. These include Firefox 77 for web browsing; LibreOffice 6.4.2 for your office needs; and Thunderbird 68.7 for email.

Overall, Mint remains a pleasure to use. I really wish Mint included Snap. Most desktop program developers agree that it, and its rival Flatpak, are the future for Linux desktop apps.

Looking ahead, Linux Mint 20 will receive security updates until 2025. Until 2022, future versions of Linux Mint will use the same package base. This means it will be trivial to upgrade to the next few versions.

If you’re new to Mint and want to give it a try, check out my How to install Linux Mint on your Windows PC article. It’s easy to do whether you want to wipe out Windows, run it with Windows, or just give it a trial run using a USB stick with persistent storage.

Beside all, get the Linux Mint 20 pre-installed and ready to run with eracks systems.