Ubuntu 18.04 LTS (Bionic Beaver) has been released on 26th April 2018 following its planned release schedule. Canonical named this Long Term Support version with codename “Bionic Beaver”, where ‘Bionic‘ is an adjective meaning to have or use an artificial, typically electromechanical, body part. And a ‘Beaver‘ is large nocturnal rodent able to swim in water. Beavers are famous for building dams, canals, and homes along river banks. 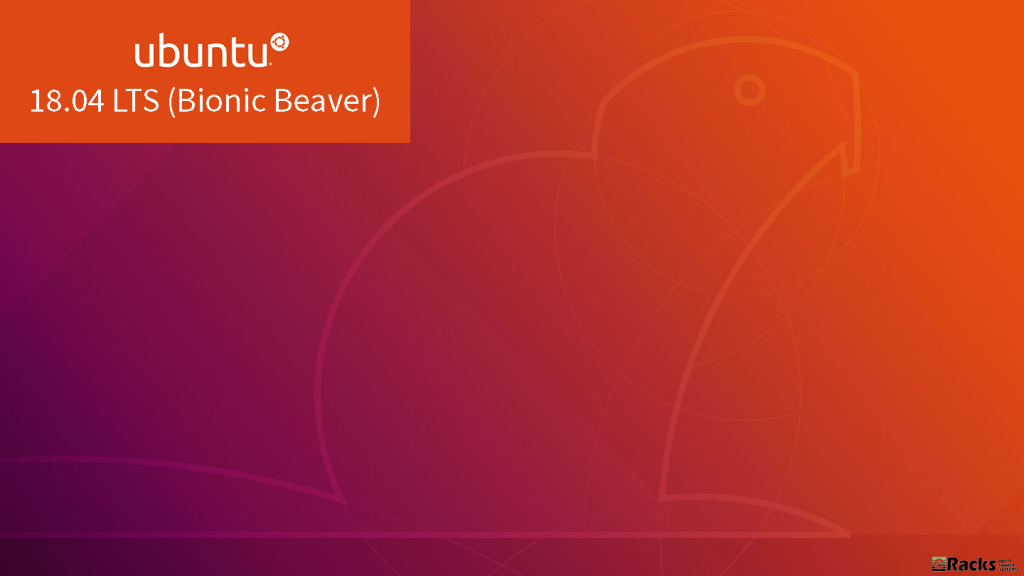 On 26 January 2018, Will Cooke (Desktop Engineering Manager) wrote in an Ubuntu’s Blog post about Ubuntu 18.04 LTS (Bionic Beaver) as, “Bionic Beaver, the codename for the next Ubuntu LTS release, is due in April 2018 and will ship with both the traditional Xorg graphics stack as well as the newer Wayland based stack, but Xorg will be the default.” 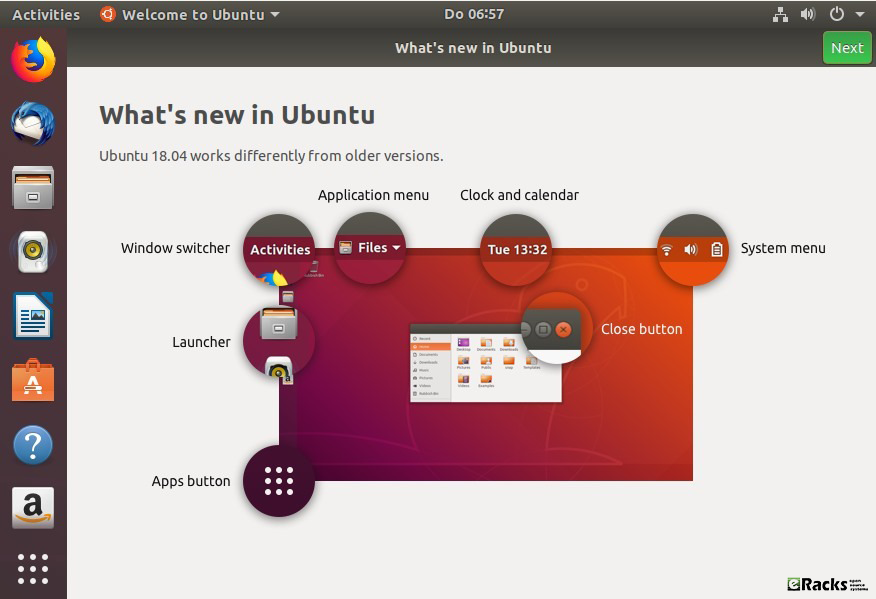 Xorg will be used by default instead of Wayland

Ubuntu 17.10 used the Wayland graphics server by default. With Ubuntu 18.04, the default graphics server will change to Xorg. Wayland will still be available as an option, but Xorg will be the default, out-of-the-box one. The Ubuntu Desktop team decided to go with Xorg for its compatibility with services like Skype, Google Hangouts, WebRTC services, VNC and RDP, and more. 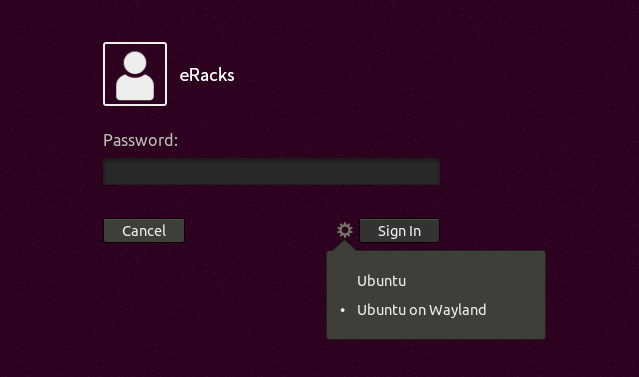 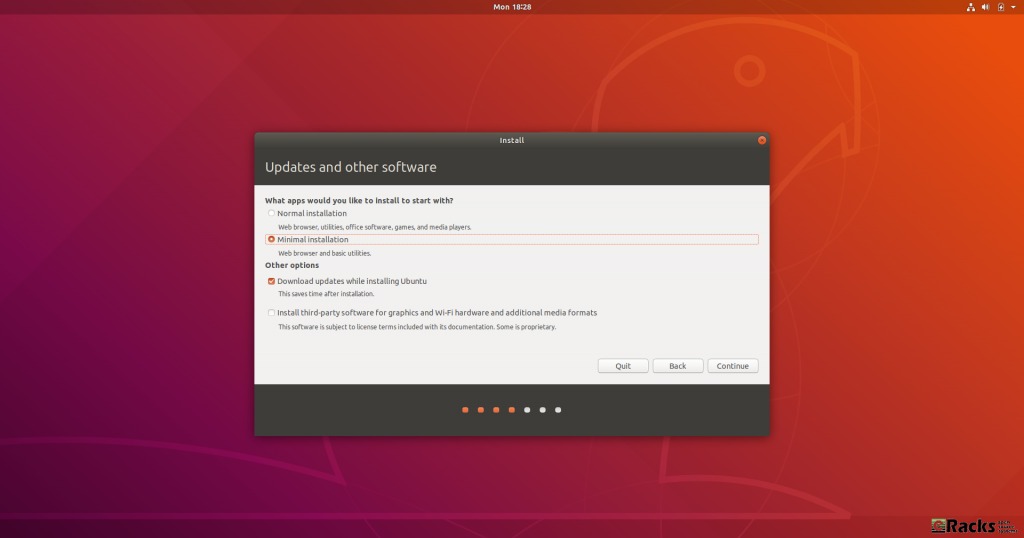 The most notable improvement will be in CPU usage. The Ubuntu Desktop team has greatly improved and reduced the CPU usage caused by Ubuntu 18.04. They’ve also fixed hundreds of bugs and made hundreds of other small improvements.

Software, updates and other tweaks 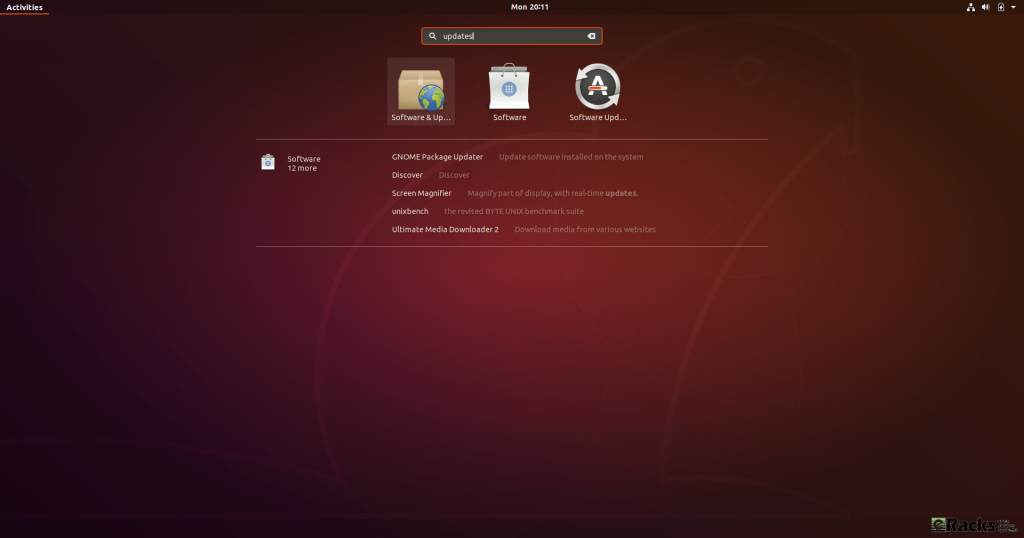 From the Updates tab you can enable and disable Live Patch: 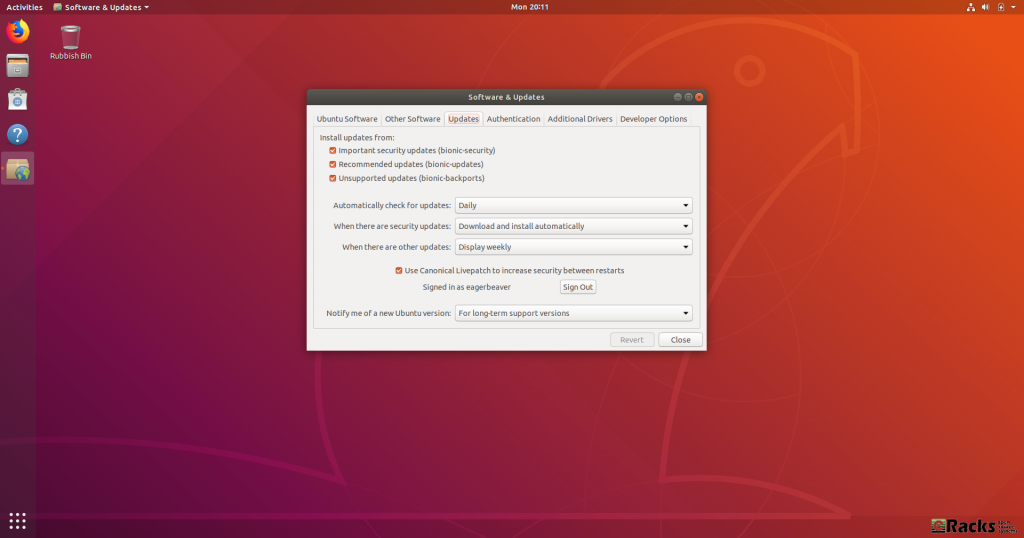 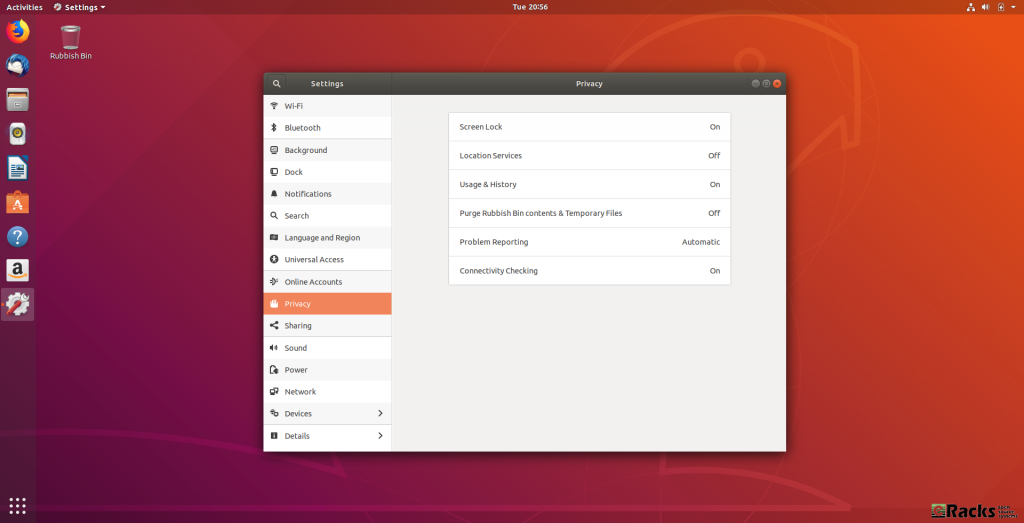 By enabling Location Services your clock can automatically switch to the correct time zone for where you are which is useful for frequent travelers. By enabling automatic error reporting crash reports will be automatically generated and uploaded. By collecting these error reports, Canonical can easily spot trends in common problems and make sure they work on getting the most common bugs fixed first.

Ubuntu 18.04 Desktop will have a new theme

Ubuntu 18.04 will ship with Ambience and it won’t use a new theme by default. The new Communitheme won’t even be installed. The Desktop team has decided to do this for various reasons, including bugs and lack of testing. 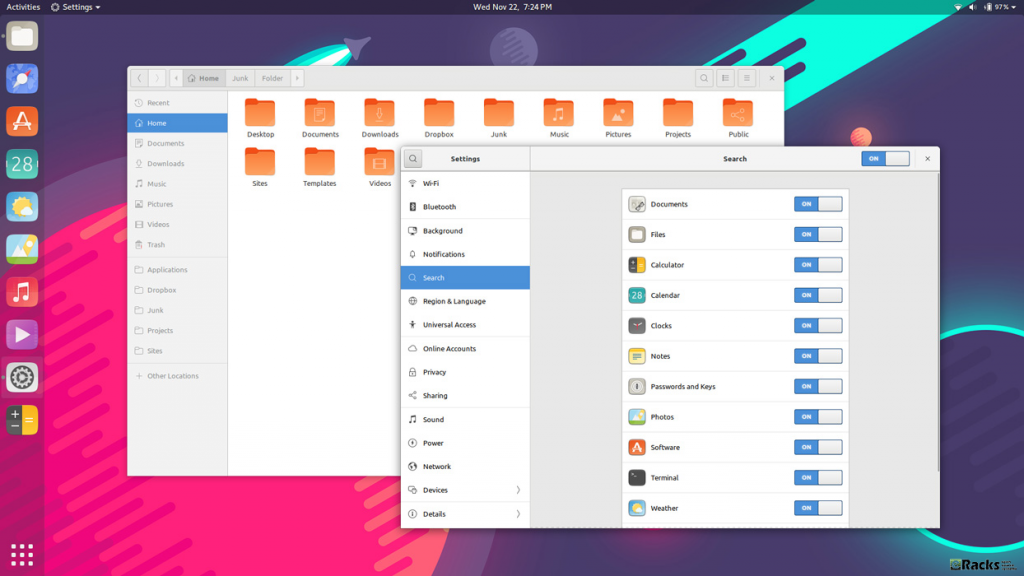 Ubuntu started using the GNOME desktop environment with Ubuntu 17.10 instead of the default Unity environment. Ubuntu 18.04 will continue using GNOME. This is not a major change to Ubuntu, but GNOME has also done a lot of changes to their desktop environment, as well as new features. An improved dock, an on-screen keyboard, and more. 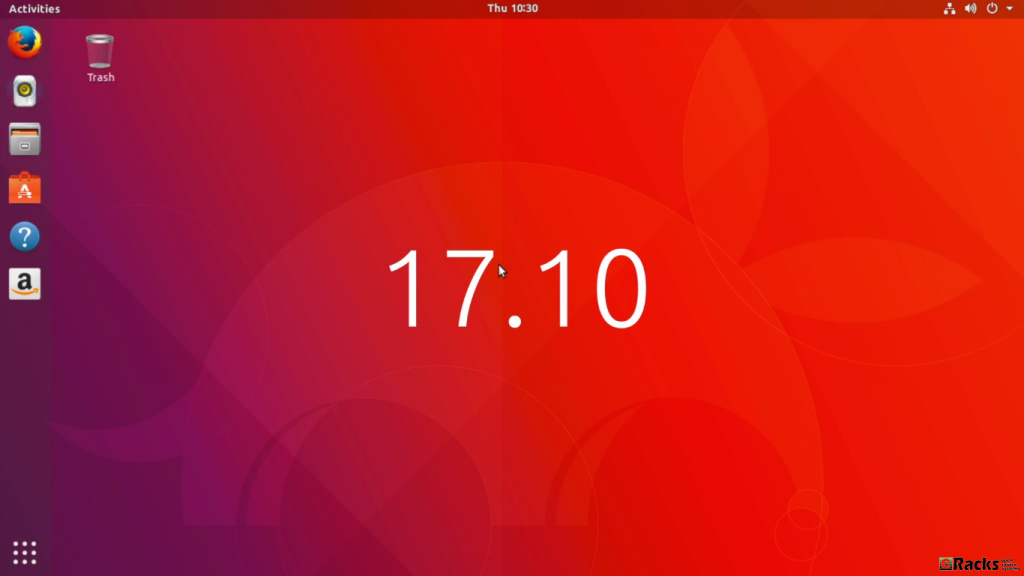 Ubuntu 18.04 Desktop will have a new app pre-installed

The new LTS desktop release will ship with a new app pre-installed by default. The app is GNOME To Do and it’s a very useful app for organizing lists, tasks, and more. You can prioritize them. color them, set due dates, and a number of other features. 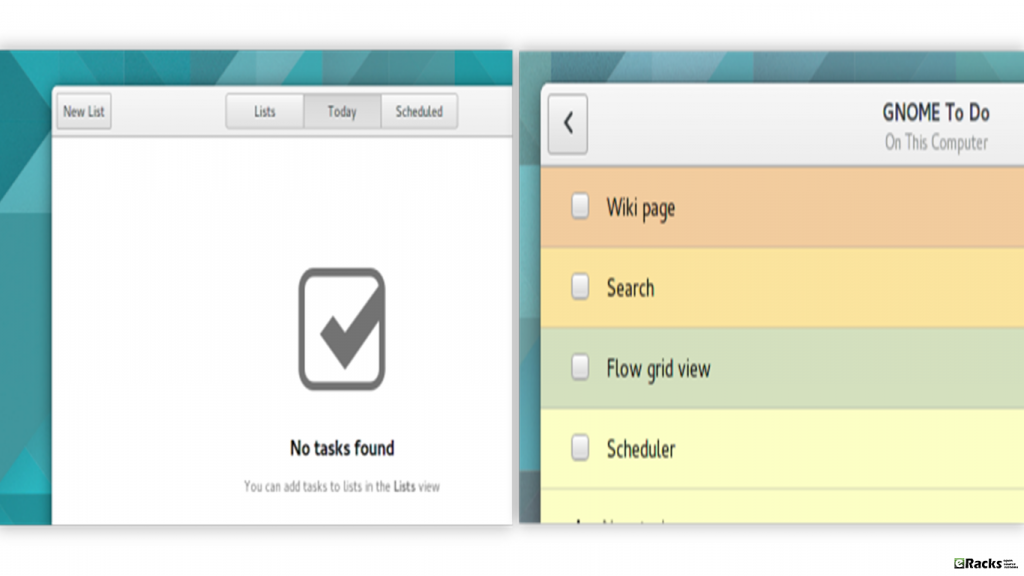 Applications will be installed as snaps by default

They been planning on using snaps for a while, and they finally shipped GNOME Calculator as a snap instead of a deb. This is a test to help the Desktop team find and fix any bugs. They’ll later on move more applications to snap in the final release. Using snaps will make the process of installing and updating apps much easier. You can even install snaps on any distro and device. 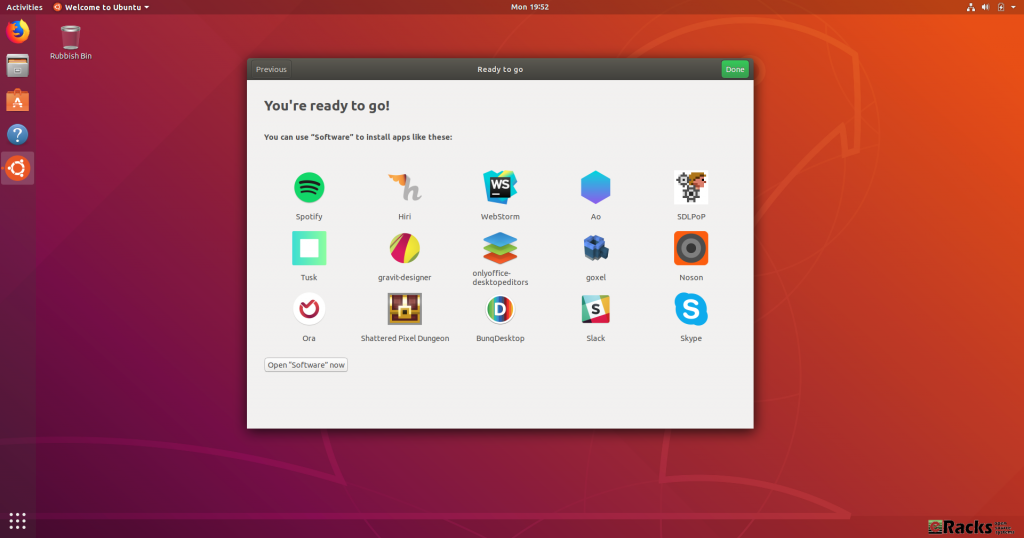 New snaps are being added to the store all the time, and you can already download essentials like Spotify, Skype and Slack. You can browse the full range of applications via GNOME Software (click the Open “Software” now button) or access the highlights directly by clicking on their icon. 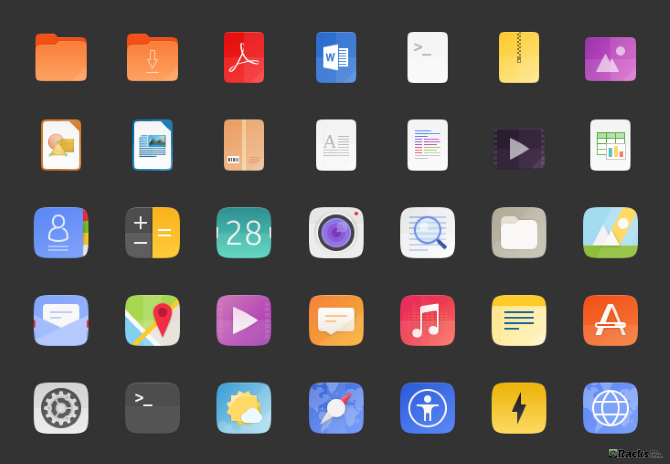 Open source icon project Suru has been incorporated into Ubuntu 18.04. These icons were originally seen in the abandoned Ubuntu Touch mobile operating system. Despite hopes to the contrary and a dedicated community project, Ubuntu 18.04 will not boast a fresh new look. However, while the Ambiance theme is hanging around, new icons are expected in Ubuntu. 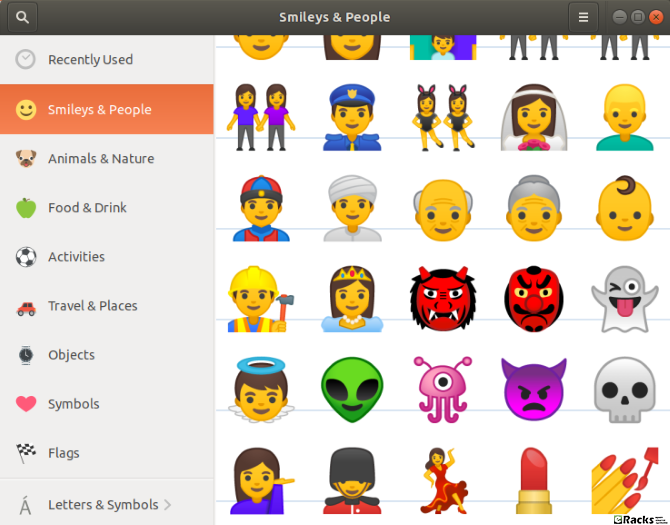 Some tweaks will give you color emojis on versions of Ubuntu prior to 18.04 LTS, this is the first time they’ve been included by default. The emojis you’ll find in Ubuntu 18.04 LTS are the same open source emojis as found on Android. For many users, these will be familiar.

Ubuntu 18.04 will collect data about your system and make it public

Ubuntu 18.04 will collect data like the Ubuntu flavor you’re using, hardware stats, your country etc. Anyone can opt-out of this, but it’s enabled by default. What’s interesting about this is that the data they collect will be public, and no sensitive data will be collected. so most of the Ubuntu community supports this decision.

However, there is a potential security concern that you should be aware of. With Ubuntu 18.04 LTS, Canonical intends to collect data from your computer. Though there is nothing personally identifiable in this data. Instead, it is to establish your computer’s hardware components, what version of Ubuntu you’re running, your location (based on your choice when setting up Ubuntu) and a few other things. 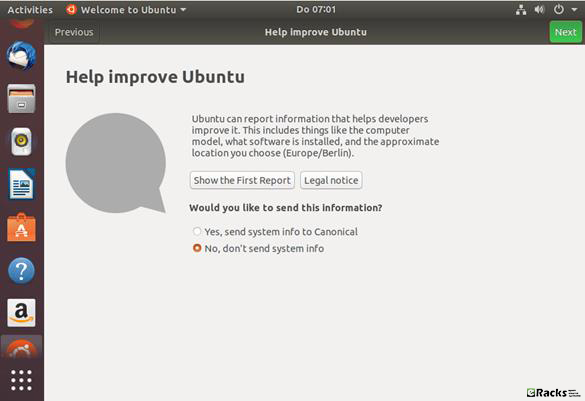 Collecting data about your system

This marks a change from Canonical’s previous attitude to this sort of data collection, but is understandable given how flakey figures are for Linux usage around the world. Crucially, this data collection can be opted out of; if you’re upgrading from a previous version of Ubuntu, meanwhile, you can also opt in.

Alongside these changes Canonical has made some noticeable upgrade on packages for Ubuntu 18.04 Bionic Beaver too. Some of them are as follows,

Ubuntu 18.04 ships with a v4.15 based Linux kernel, enabling the latest hardware and peripherals available. The 18.04 kernel delivers new features inherited from upstream, including:

OpenJDK 8 has moved to universe and will remain available there for the life of 18.04, to provide migration time for packages, custom applications, or scripts that can’t be built with OpenJDK 10 or 11. OpenJDK 8 will be updated in 18.04 after Ubuntu 16.04 LTS reaches EOL in April 2021.

In Ubuntu 18.04 LTS, gcc is now set by default to compile applications as position independent executables (PIE) as well as with immediate binding, to make more effective use of Address Space Layout Randomization (ASLR). All packages in main have been rebuilt to take advantage of this, with a few exceptions. Also, bolt and thunderbolt-tools have been promoted to main to provide security controls for Thunderbolt devices.

Since 17.10, the default SMB protocol used when mounting remote CIFS file systems via “mount.cifs” is changed to 2.1 or higher, depending on what is negotiated with the server. 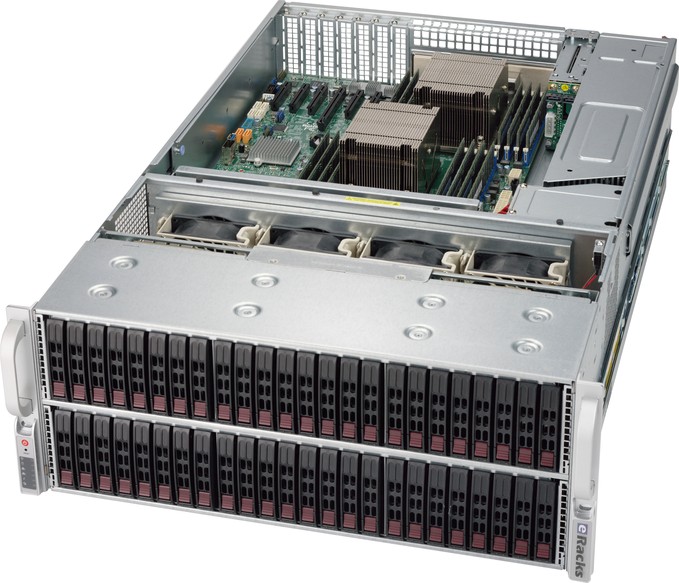 Comparing with Ubuntu 17.10 (Artful Aardvark) & Ubuntu 16.04.4 LTS (Xenial Xerus) the latest Ubuntu 18.04 Bionic Beaver Server edition’s packages are upgraded as well. Some of them are as follows,

The next generation Subiquity server installer, brings the comfortable live session and speedy install of Ubuntu Desktop to server users at last. 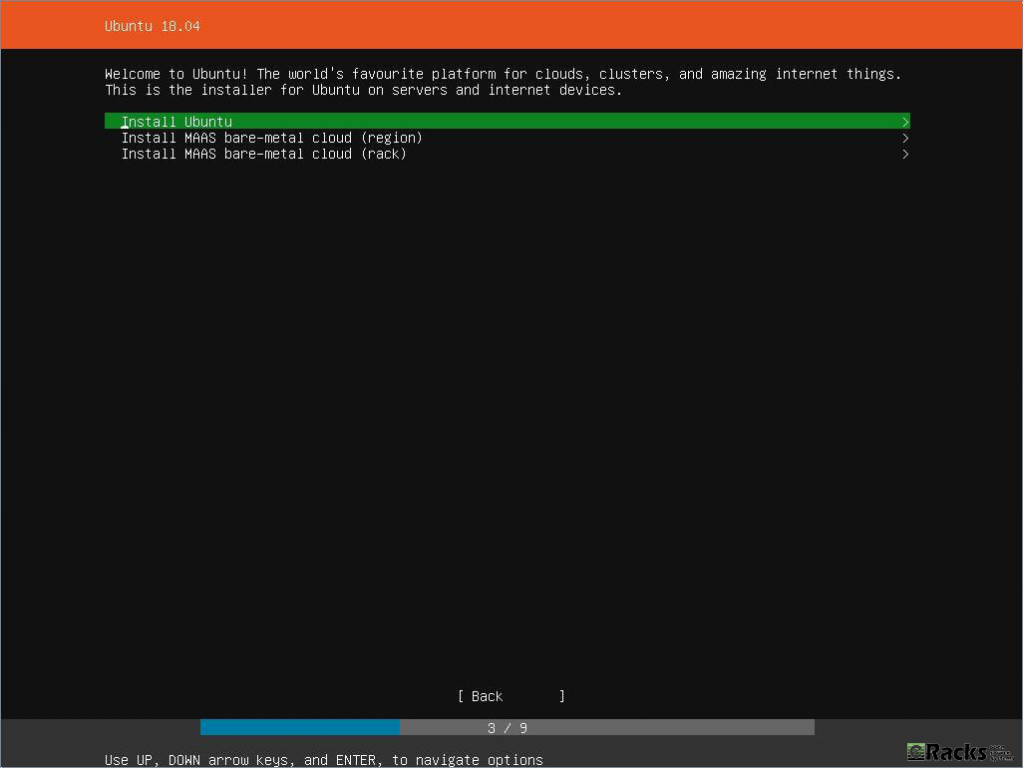 ifupdown has been deprecated in favor of netplan.io and is no longer present on new installs. Backend configuration on Ubuntu Server by default is provided by systemd-networkd.

LXD is the system container manager that ships with all Ubuntu servers. Ubuntu 18.04 includes the all new LXD 3.0 release, some of the highlights include:

Among many other changes, fixes around Meltdown/Spectre are included. Since fully utilizing these mitigations needs more than just an upgrade, it is recommended to read details at the qemu.org blog post.

QEMU in Ubuntu 18.04 now has rdma support enabled as over the past year much unification in the rdma-core project has occurred.

Migrations from former versions are supported just as usual. When upgrading it is always recommended to upgrade the machine types allowing guests to fully benefit from all the improvements and fixes of the most recent version.

libvirt has been updated to version 4.0.

The packaging now builds libvirt storage drivers as pluggable libraries. This slims down the installation requirements but some drivers of less general interest will now be found in universe. On the other hand, that means that a few formerly integrated features like rbd or zfs now might require you to install the package after upgrade.

By the new Stable Release exception for DPDK future stable updates to 17.11.x will be made available to Ubuntu 18.04 LTS.

Open vSwitch has been updated to 2.9.

In Ubuntu 18.04 LTS chrony will replace ntpd as the recommended server for the NTP protocol. The comparison among ntp servers by the chrony maintainers may interest some users looking to see a high-level reason why this change was made. It does lack the rather new and not yet completely ready ntpsec, but otherwise is a fair analysis.

For simple time sync needs the base system already comes with systemd-timesyncd. Chrony is only needed to act as a time server or if you want the advertised more accurate and efficient syncing.

Going along with this change, ntpd has been demoted from main to universe. ntpd will continue to work but will only receive best-effort security maintenance. When upgrading to Ubuntu 18.04 LTS it is highly recommended to migrate to chrony if you had set up ntpd before.

The version was updated to 18.2. Notable new features include:

The version was updated to 18.1. Notable features include:

The version was updated to 2.4b2. Notable features include:

SSSD was updated to version 1.16.x and its secrets service is now enabled. Previously it was disabled because it required the http-parser library which lived in Universe, but a successful MIR brought it to main so SSSD could link with it.

nginx was updated to version 1.14.0. New features include the mirror module, HTTP/2 push, and the gRPC proxy module.

landscape-client has been ported to Python 3 and is now available to install on the default image. 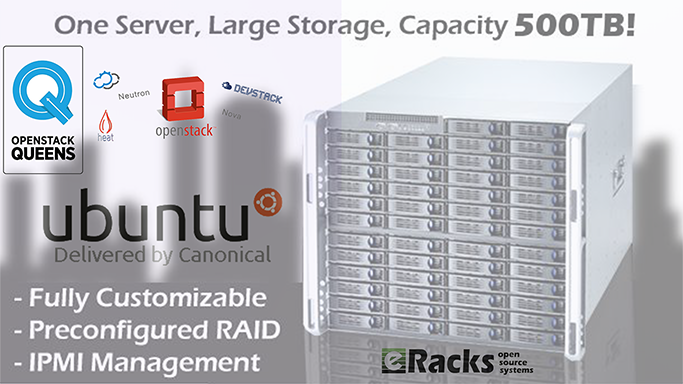