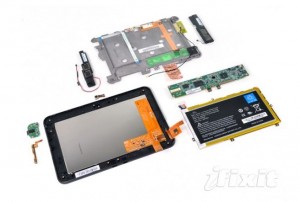 I’m a huge fan of the business model for the Kindle Fire. Amazon sells the hardware to the consumer at cost and makes a profit by selling content. It also offers a great platform for App developers to make money. Amazon was even kind enough to offer the source code for the original Kindle Fire a few weeks after it was released, allowing developers to customize the OS and create create custom ROMs. If Amazon is able to pull off this deal to acquire Texas Instruments chip division, they could potentially be able to offer the Kindle Fire at a lower price by cutting out the middle man and producing a chip in-house. Amazon would also be able to wipe out one of their main competitors in Barnes and Nobles by cutting off their chip supplier and forcing Barnes and Nobles to completely redesign the Nook. Frankly, I don’t think Barnes and Nobles is up to the task. They’re hanging on by a thread as it stands now.

With the amount of free books and apps available on Amazon, sometimes I wonder how the Kindle Fire makes any money at all. Amazon CEO Jeff Bezos says that Kindle Fire owners purchase 4 times the amount of books of non-owners. As a Kindle Fire owner myself, I’m inclined to believe him. I’ve read more in the year since I bought the Kindle Fire than I had in the previous ten. I’ve also been purchasing apps. A lot of those apps were created by small developers. I’m glad to see that Amazon is tapping into the market and creating an environment where the little guy can still get a slice of the pie. I think potential Texas Instruments OMAP acquisition would be good for everyone.