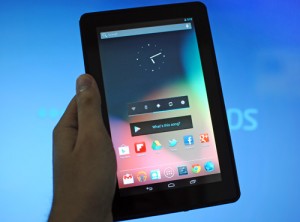 With the release of the new Kindle Fire HD 8.9” in November, a lot of Kindle users are going to be upgrading.  Amazon allows previously purchased content to be stored in the cloud and transferred between devices, so users will be able to transfer all of their books, apps, music and movies to their new device. There are going to be a ton of used last gen Kindle Fire tablets going up for sale of craigslist with hundreds of dollars in pre-loaded content.  I’m considering upgrading myself, and the lucky person who buys my old Kindle Fire is going to be enjoying a side-loaded version of Grand Theft Auto 3, over 500 books, and a dozen free music albums.   For all of the criticism of the device by tech writers, the first generation of the Kindle Fire was Amazon’s best ever selling device and maintains a rating of 4/5 stars. It has a reputation for being relatively free of defects or malfunctions. Most of the people I know who actually own a Kindle Fire love it.  When I stop to think about, I’m finding myself hesitant to give mine up.  A recent hack that allows users to run Android 4.1 Jelly Bean on my old Kindle Fire has me second guessing my decision to sell it. The Jelly Bean OS is still in the beta-testing stage on the Fire, but developers have worked out most of the major kinks. The International Business Times reports, “Issues with HD codecs are found to affect users on YouTube and Netflix. With Texas instruments reportedly updating the libion code for Jelly Bean, it should help Hashcode in fixing this issue soon. Apart from the codecs issue, the screen over-rotates while changing position, besides turning on UMS in the ROM appears to be a major difficulty.” A Kindle Fire with access to the Google Play store is defnitely a device worth keeping, especially when the alternative is selling it for 50$. It sounds like a more stable version of Jelly Bean for the Kindle could be released a few weeks after the new Kindle Fire is shipped and just in time for Christmas.   For now, users must manually install Jelly Bean onto the Kindle Fire in a relatively simple 4 step process.   Step 1: Download Android Jelly Bean 4.1.1 ROM for your Kindle Fire. It’s around 108MB and might be time consuming particularly on slower connections.   Step 2: Download Jelly Bean Gapps that needs to be flashed onto your device.   Step 3: Power off your device and boot into recovery.   Step 4: Flash the ROM/Gapps, which you downloaded in previous steps from ClockworkMod Recovery. Ensure you do a complete wipe of the data and cache. You are done. Just restart your device from CyanogenWorkMod (CWM) and your Kindle Fire should automatically boot into Android Jelly Bean 4.1.1. If you find issues with Wi-Fi after flashing, you just have to run the command: adb shell su fix-mac.sh and you are all set.