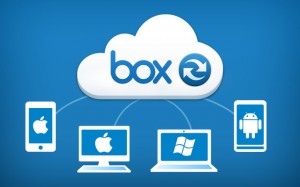 One of the primary complaints that I’ve had about tablets such as the iPad, the Surface tablet and the Kindle Fire HD is the lack of hard drive storage space.  All three devices offer between 5-10GB of additional cloud storage for free, but that’s barely enough for a single DVD quality movie.  There are plenty of paid options for cloud storage, but many services charge a monthly/yearly fee and they can be expensive. Recently, as hard drive prices have been dropping, I’ve been expecting that some company would finally come along and offer a large amount of free cloud storage to sign up a bunch of new users. I saw a post on a forum today where Box.com was offering 50GB of free cloud storage to new users.  I haven’t had a chance to test the service myself, but it can apparently sync files between Apple, Microsoft, and most Android devices. I recommend signing up for this deal as soon as possible, because I highly suspect that the folks over at Box.com have vastly underestimated the number of people who are going to jump on a deal like this.

If you need a new tablet, laptop, desktop, or netbook, check out the new website over at eRacks.com.